Thank you for tuning in to another fun episode with your favorite MousekeMoms, Lori, Jennifer, and Juliana. If you’ve been paying attention to anything Disney you will surely have heard that Disney’s FastPass system has officially been retired, and what they’re putting in place of it is Disney Genie. Today we’re going to break down the Disney Genie with what we know currently right now, and exactly what that means for your next Disney adventure but of course, first we have to do the Mousekecocktail. 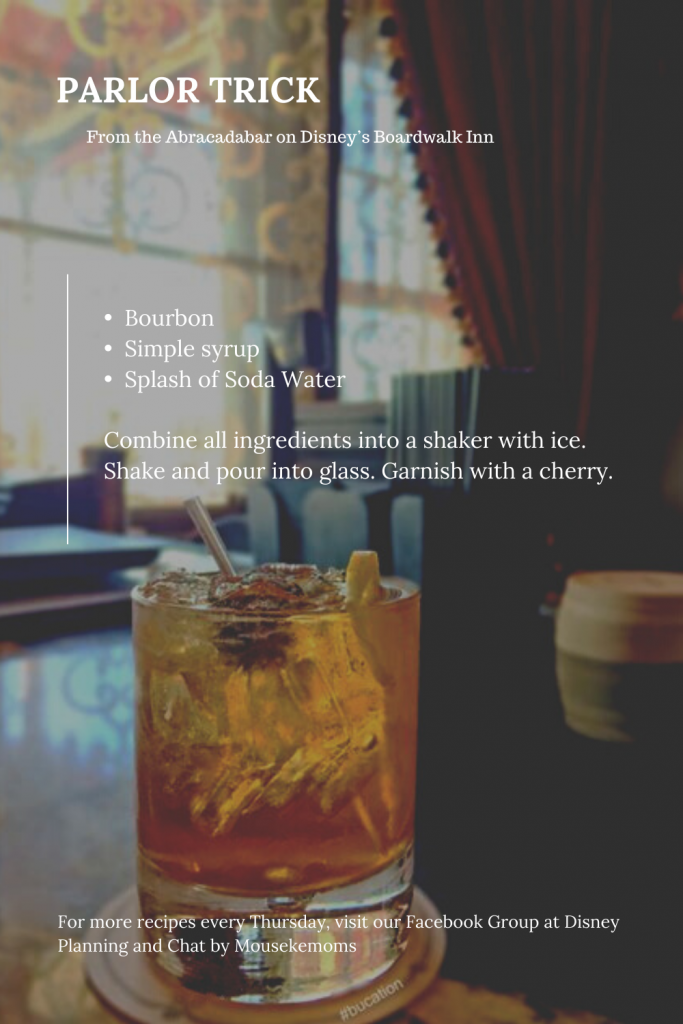 So, you know we can’t talk about anything this complicated, without drinking.

And this does make us want a drink because I feel like with all the answers they’ve given us they’ve given us 12,000 questions. So, let’s get a good drink on our table right now. So because we’re talking about the Disney Genie and magic and all that today, for today’s cocktail, we’re going to revisit the ultimate venue for magic and mystery. We’ve talked about this one before. It is, of course the Abracadabar. We’ve talked to you guys about it before because it’s a favorite of ours, it’s located on Disney’s boardwalk it’s full of magic and intrigue and fun. And because today the MousekeMoms will be performing some feats of magic unmasking the mystery of this Disney Genie, we’re going to give tribute, with this lounges’ signature drink called the Parlor Trick because that’s exactly what we’re going to be doing today is a parlor trick. This drink is, of course, is a MousekeMoms favorite because the main ingredient is bourbon. It’s a very simple drink: it’s bourbon, simple syrup and soda. So pour yourself a glass, and let’s get cracking on this craziness.

Just bourbon. I mean that’s good too. Take a martini, hold the vermouth. Yeah, that’s your own parlor, the parlor trick hold everything but the bourbon. 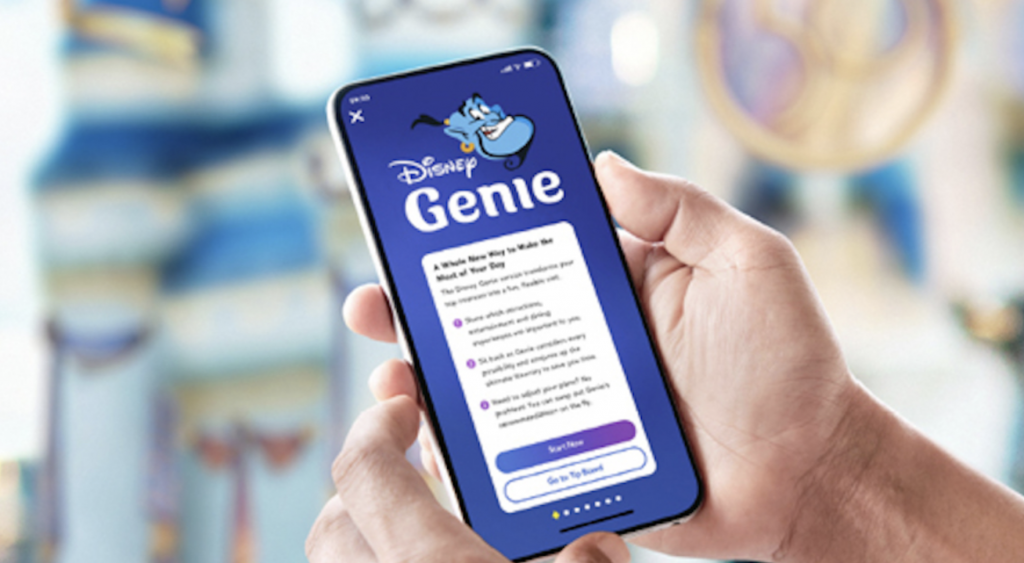 Alright so Disney Genie. Right. So Disney Genie is this new app, right. But, the app is basically going to be an extension to My Disney Experience so if you’re in My Disney Experience, you know, obviously people are going in there right now for wait times, for restaurant reservations and this is going to be an extension to that. So it’ll tell you what rides to go on next based on your interests, then it’ll show you which shows are coming, etc. I think what it’s going to do instead of having to hit 16 different buttons in My Disney Experience to see the show times, to see the wait times, to see this, it’s going to kind of bring it all together. And I think the confusion part is okay so now we don’t need to plan beforehand, and that’s not true. You can have a game plan beforehand, but as we all know, some things change when you’re there, so this is kind of an extension to help troubleshoot. But you still need a game plan going in to know what you want. You don’t want to be opening this app morning of and being like, what is in the Magic Kingdom. You need to know kind of what you want before you go in that morning and plug it all in there. And the important thing to know also with this is that language for Disney is very very important so I think people are confusing things. So in our conversation today I think we need to clarify that Disney Genie is just what like what Lori said. It is the extension to your My Disney Experience, and it’s complimentary for everyone. This is the cool tool that you’re going to be able to use. You’re still going to want to do all of your pre planning,  your game planning with your travel agent, and then day of, the Disney Genie is going to be able to swoop in and kind of help modify plans as different scenarios pop up. So let’s say you know your pre-plan was to start with Adventure Land but when you get there, there are rides that are down in Adventure Land. Disney Genie will be able to swoop in and revise your plan based on real time things that are happening. So that’s the Disney Genie: complimentary, everybody is going to be able to use it. 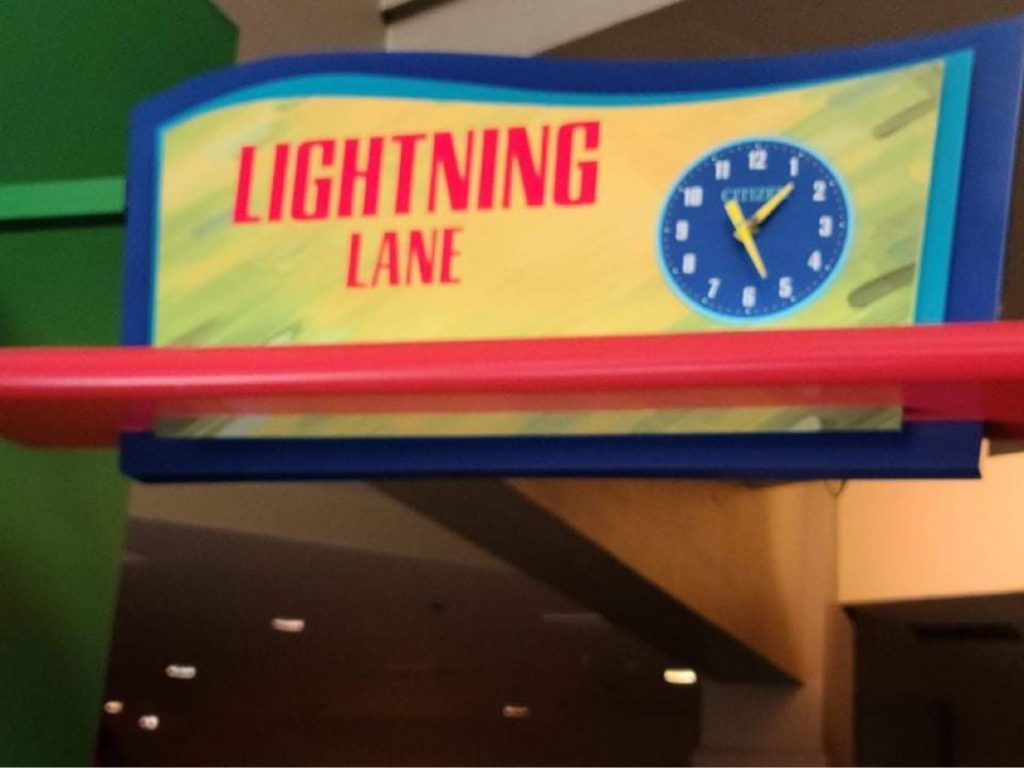 Disney Genie plus, and Lightning Lane, those are two different things so we’re going to break down all three of them for you but right now we’re talking about Disney Genie, as an app extension on the My Disney Experience, and this is for everyone like Jen said and I, first of all have to say, I love this because as a Travel Planner, I can get you to Disney and I can tell you everything that I think you should do. I can even tell you exactly what times I think that you should do something. But I love knowing that if something changes, which it does or if you change your mind which you might, you’re in good hands with this app right if this app works delivers this promise which we don’t know yet because it’s not been released.

It makes me feel so good to know that I know no matter what, things are going to be great no matter how well I prepare you ahead of time so I love this- if it delivers as promised.  So I was gonna say I think we said on one of the lives and the person, the perfect way of describing it is, you know I’ve had so many people that you know as a travel agent I’m doing their itinerary, and they’re like, can you just come with. First let me specify, yes I will still come with I don’t care what the genies doing. I will still come. But I think what this does is essentially, you know, as a Travel Planner we can help everybody out at the beginning, tell them what to do but I can’t control. If you know you walk into magic kingdom and you’re like oh my god, everyone’s going left into Adventure Land, we don’t want to go left, we want to go right. So I think we’re hoping that this Disney Genie is going to be an essentially like having a Travel Planner on your shoulder, while you’re at the park. Right.

Apparently, the idea was that people wanted more flexibility and spontaneity right so, so I think it’s great, like I said, I think it’s great because there’s plenty of things that we need to come up with and plan ahead of time so to have some spontaneity built into your trip like this is great, thank you, Disney Genie I hope it works really well I really do, remains to be seen. I don’t, I don’t know that I have any questions about the basic Disney Genie, other than just how, how do I enter my preferences and what it’s going to look like but I don’t really have any, we don’t have any questions right now because they haven’t given us a whole lot of information on it. So we kind of know what it’s, you know what it’s supposed to do, but in terms of how it’s going to look a, they haven’t said anything. So, we will send it and it looks like it’s going to combine a lot of the things that My Disney Experience is all already doing like you’re still going to be able to do your mobile ordering there, you’re still going to be able to see wait times for show times. 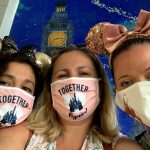 Email us for a free, no obligation vacation quote. Our vacation planning services are always 100% FREE!